What Is Demisexual And How To Know If Someone Is

There are various sexual orientations on the spectrum. One that we shall be exploring through this post is demisexuality. In general, people who are demisexual only experience sexual attraction to others after they have developed a strong emotional bond between them. The reason why we use the word ‘general’ in this definition, is because just like other sexual orientations or gender identities, everyone that identifies as demisexual has their own definition and experience of the term

Compared to other people demisexuals rarely feel sexual attraction, while others have very little or no interest in sexual activity. For instance, while other people might feel sexually attracted to someone they just met, demisexuals would only feel sexually attracted to the same person after they’ve taken time to build a strong emotional connection with them. “In 2019, Brian Langevin, executive director of Asexual Outreach, told the Guardian: ‘Demisexuality is a sexual orientation like gay or bisexual. Demisexuality can be defined as: A sexual orientation in which someone feels sexual attraction only to people with whom they have an emotional bond.” (BURGUM)

What is Demisexual – Doesn’t everyone want to know someone a little before they can have sex?

People that aren’t asexual can experience sexual attraction whether or not they’ve forged a close emotional bond with someone. Such people can experience sexual attraction for a celebrity they’ve only seen on a poster, someone that passes them on the street, or someone they’ve only met once. This is why the question what is demisexual is so interesting.

When one identifies as asexual, it means that they experience little to no interest in sex or sexual attraction. While demisexuals are on the asexuality spectrum, it only means that they aren’t exactly asexual, but closely relate with the orientation. To put it a little more clearly, the reason why demisexuals are regarded as part of the asexual umbrella is that they don’t experience sexual attraction for the most part.

Do demisexuals have sex without sexual attraction?

It’s not impossible to classify a whole group into one act; the only thing that would define what is demisexual is the presence of a deep emotional bond for sexual attraction to anyone else; demisexuals can decide whether or not to have sex for different reasons like exploration, to get pregnant, or to see how it feels.

What does being demisexual mean for someone’s gender identity?

Panoramic demisexuals usually need to establish strong friendships with people before they view them as a romantic interest. These people are generally pan-romantic and can be attracted to any gender identity, or orientation and they don’t feel like their partner’s gender defines their relationship.

How To Know If Someone Is A Demisexual

If you or anyone you know thinks they are demisexual, or want to know what is demisexual here are a few factors to help you zone in your feelings.

While there’s no ‘test’ for finding out whether or determining whether someone is demisexual or not, this is usually a good indicator. Think of your current or previous relationships. Did you take time to develop a sexual attraction for the other person, or was there chemistry from the beginning? Demisexuals require time to establish an emotional bond before they experience sexual attraction. It can be months or years before this happens.

Attraction to close friends or people close to you

Demisexuals often develop close bonds with people in their social circles, who turn out to be potential romantic partners. The intimacy a demisexual finds with these partners is what results in sexual attraction.

You don’t know what a crush is

Demisexuals do not match the typical ‘crushing on someone’ excitement that some people experience. They require a deep emotional attachment to someone that supports their emotions.

One of the surest signs that someone is a demisexual is that they have no interest in the hookup culture. They have to have a profound connection with someone before intimacy.

Demisexuals want to have a deep connection, bonding, intimacy, and in-depth time with their partners over a few minutes of sex. For them, emotional attachments and closeness are more satisfactory or valuable than sex.

In-depth conversations are your forte

Demisexuals prefer to get to know people intimately, so opportunities, where they can attain this, are welcome. Even if what they’re doing isn’t classified as intimate, they would prefer to have a follow-up conversation about what they were doing meant for them emotionally.

Flirting? What the hell is that?

Demisexuals might not know when someone is making effort to flirt with them. You probably don’t know how to respond, even if you realize it. Flirting can seem unnecessary or confusing for a demisexual. The idea of flirting seems pointless—why do that when you can have a proper, deep conversation and get to the know the person instead? (Center)

Your friends setting you up on a date does not make sense. You prefer to bond with someone before you even think of dates.

People mistake you for a ‘prude’

You have to ‘warm up’ to anyone before you experience sexual attraction to them. It can be frustrating having to explain to people that you need to feel an emotional closeness and this has resulted in you being called ‘old-fashioned’ when it comes to dating and sex.

How Demisexuality Fits Into An ENM Relationships

Unfortunately, many people have different misconceptions about ENM. For some, it’s a way to have threesomes, for others, it’s a path towards having multiple lovers, and yet, for many more, ENM constitutes of destabilized marriages. While these things certainly exist, that isn’t the reality for everyone, nor does it represent the general ENM population. (Dodgson)

For instance, take a demisexual that considers themselves to be polyamorous. A demisexual wouldn’t consider themselves as being driven by sex. In fact, sex doesn’t play a big role in how they form or maintain romantic relationships. Furthermore, there are those that do not have any sexual desire. So what’s the point of them identifying as non-monogamous, right?

Well, what people don’t understand is that ENM or polyamory offers demisexuals a path to get some of their needs met, and still have partners that are sexual. ENM isn’t necessarily all about the kink where everyone is having bucket loads of sex. There are a lot of people who have little to no interest in the sexual perks on offer within the boundaries of ENM, but still want to be part of the relationship structures offered by ENM.

A demisexual in a polyamorous relationship might not have the same type of relationship with others as they do with their partner because people have different beliefs and interests that could fit a specific need in various areas of their lives. That’s not to say that being non-monogamous is a walk in the park for demisexuals. If anything, for them, creating good friendships and forming a connection out of them can be a little harder and it can even take years before they find the right person.

It does make sense that for a non-monogamous demisexual, different partners would be able to meet different needs. Keep in mind that there are different forms of intimacy. There’s emotional intimacy, romantic, sexual, intellectual, and others. With that being said, it’s not always possible that one ends up with a partner they can connect with in different ways.

ENM offers them a space where they can ensure their sexual needs (if any) are met as they continue to explore different aspects of the relationships they belong to in the absence of the tension and pressure of sex-drive compatibility or immediate attraction.

Demisexual people who consider themselves non-monogamous can have intimate connections with two or more people. These connections can be sexual if they are comfortable as long as they have the foundational intimacy. While having a romantic partner can be a long process for both demisexual and polyamorous people. It can be a little harder for someone that identifies as both. However, that doesn’t mean it’s impossible! (Turner)

As long as someone is open and honest about their sexuality to future potential partners, there are those willing to accept and date them.

When answering what is demisexual and while most people don’t understand how being demisexual can fit into ENM, the truth is that it can be quite handy. Demisexuals often have to get to know someone and make deep, intimate connections before they can even experience sexual attraction. Even then, they can still end up in awesome relationships and not experience any sexual attraction. If their partner is monogamous, understandably, this brings up a frustrating situation. However, if the demisexual is poly from the get-go, it allows their partner to comfortably seek sexual attraction from elsewhere if their demisexual partner doesn’t do it for them.

Turner, Page. Most Of The Polyamorous People I Know Are Some Degree Of Demisexual. n.d. 14 July 2022. 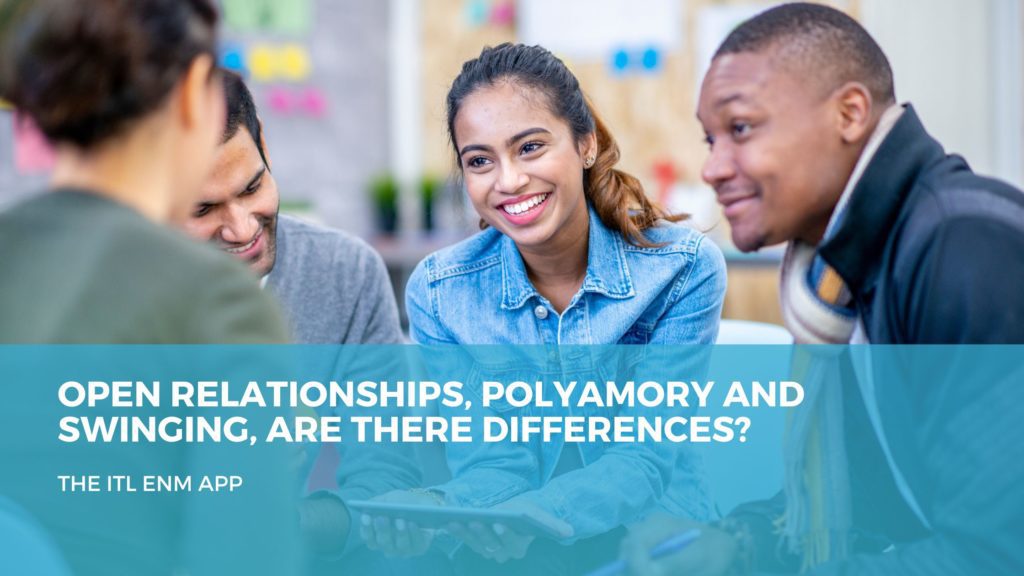 Open Relationships, Polyamory and Swinging, Are There Differences? 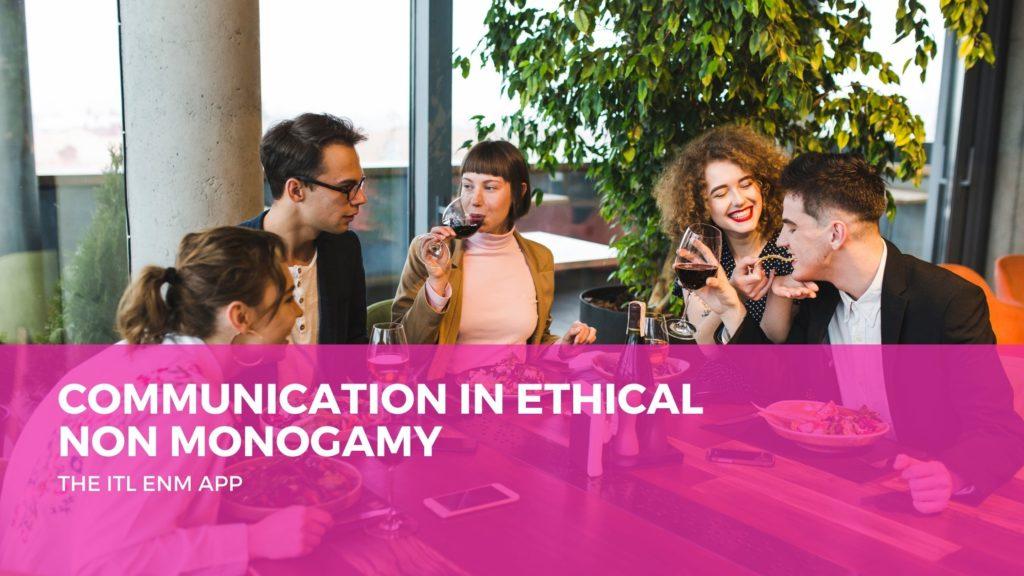 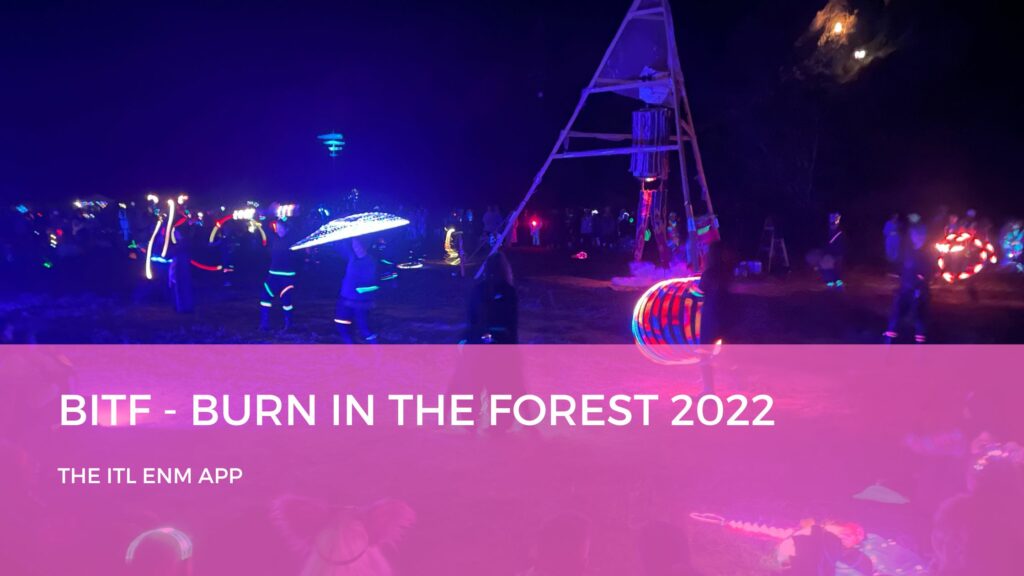